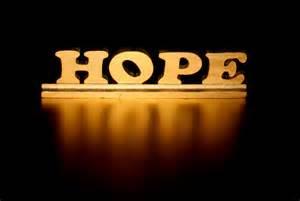 I received this message last Friday as I sat having a very nice lunch with an old friend.  She and I were talking about “things” just random stuff; mostly to do with our spirituality and where we are today.  This is important only as to set the backdrop of the conversation!

The message came by way of my friends lips….. she said to me ” I think you should be helping people, who have been hurt by organized religion, to heal”  That message, paraphrased here by me, floored me!  You may ask “why is that?”  Well I will tell you, in as short a post as possible.

A few years ago I had a book inside me, this book was very much a soul project for me.  The subject felt very important to me. I abandoned that project due to outside influences ( mostly family) which I should not have let influence me.  And let me preface this by saying; they weren’t being overly harsh or anything….I was probably being way too sensitive! I obviously was not ready to take on this project. And today I can recognize, to complete this project, I needed to be much more spiritually grounded than I was at that time! Since letting go of that project I have grown spiritually…..so, so much! Probably much more than I even know! And even more interesting….I have attempted a very worthy replacement project ( which I will continue with because they really have everything to do with each other! ) and that worthy project seemed to have obstacle after obstacle blocking it from reaching completion!  I did not know what blocked me!

Then, there sat my friend, in all her innocence, saying to me what she said! The words that pretty much rocked my world right off its axis!  Ha!

That night I went home, head reeling with the fact that she didn’t know about my earlier project, yet out of the blue she said that!  OH….I guess I should tell you the project!  I had started a book, title to be left un named, but the book was all about people who have been damaged, alienated, traumatized, or in other ways turned off by organized religion; Christianity in particular.

When I began that project I was more interested in calling Christianity out for being filled with hypocrisy (yes, I know we all are hypocrites) as well as intolerant, judgmental people! As time has passed I have grown into a person who is now more interested in leading these hurt people back to a connection with God.  I realized the main focus of the book shouldn’t be so much why Christianity failed these people; as leading them back! Giving them reason for hope. I had not realized just how much I had changed; or quite frankly that I wasn’t that spiritual in the first place!!  But there sat my friend saying what she said….and all the pieces fell into place! It was really quite wild! And extremely random! I loved it!

I used to want to open a Spiritual Retreat Center. I can remember talking to a friend about that Retreat! As excited as I was for it; I could never quite grasp exactly how it would all play out. Or why people would want to come to our retreat center verses all the other wonderful centers all over the world! I just left it in God’s hands. But now…now that I know this will be a Healing Retreat Center; a place for injured souls to come back to God, Spirit, Source…..to find that connection once again! Now I can see it happening!

And I have started putting the book together again!  I have been all about forgiveness, unconditional love, and gratitude for the last 3 years or so. As worthy as I felt the subjects were; they just seemed to be falling flat. Now I see the connection that was lost. God always has a plan….. sometimes it just takes us a while to catch on- but now I get it.

Error: Twitter did not respond. Please wait a few minutes and refresh this page.

Sign up for Newsletter
For Email Newsletters you can trust.

Add blog to our directory.

Ramblings of an empty mind

add some sparkle to your everyday life

Ingredients for a Beautiful Life!